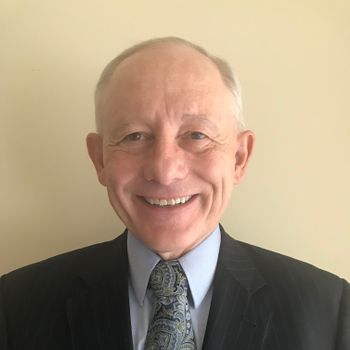 Prior to joining General Dynamics, Pete performed over 32 years of active service as a commissioned officer in the United States Army, retiring in 2009 as a Brigadier General. His experience in the Army includes a wide range of command and staff assignments in the Infantry, training and education both stateside and abroad. His Joint and Coalition experiences include four tours in NATO (Germany), Kosovo and Iraq.

In 2005, Pete was assigned to serve as the ARCIC Director of Accelerated Capabilities Development. He managed a broad capabilities development portfolio with responsibility for the development and integration of Dept of the Army future and current forces capabilities documents as well as Science and Technology capability documents for the Army and Joint and Multi-National forces.

Pete was instrumental in championing the Human Dimension (HD) capabilities development initiative that encompasses the moral, physical, and cognitive components of Soldier development and performance. Pete’s experience as a thought leader in Human Dimension has kept him at the forefront of technology discovery and allowed him to interact with the Defense Advanced Research Projects Agency (DARPA), industry and academia. He currently serves as the Vice Chair for the National Defense and Industry Association – Human Systems Division.

Pete received his BS in Electrical Engineering and Computer Science from the United States Military Academy, MA in National Securities studies from the University of California San Bernardino, MMAS in Operations and MMAS Operational Art.

Pete and his wife Sarah lives in Scottsdale AZ.