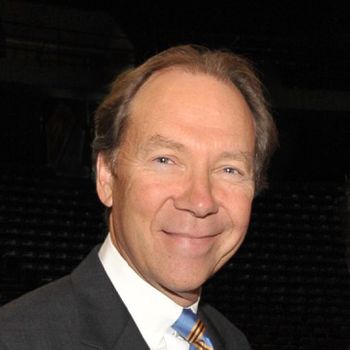 He received a BA from Notre Dame, an MBA from Cornell, and an MS from MIT where he was awarded the Brooks Thesis Prize. He holds a Carnegie Mellon University/NACD CERT certificate in Cybersecurity Oversight.

In addition to receiving Corporate Responsibility magazine's Lifetime Achievement Award, he has been named "Most Influential Person in Mobile Technology" by LAPTOP magazine (Steve Jobs was #2), Wireless Industry "Person of the Year" by RCR magazine, "Executive of the Year" by Wireless Business and Technology magazine, "CEO of the Year" by the National Eagle Leadership Institute, “Kansas City’s Best CEO” in a readership poll by Ingram’s Magazine, one of the five "Best Turnaround CEO's of All Time" by Fierce Wireless, one of "10 Inspirational Leaders who Turned Around Their Companies" by Entrepreneur magazine, and he has twice received Wireless Week magazine's Leadership Award. Glassdoor regularly named Hesse one of America’s highest rated CEO's by employees. Hesse received the American India Foundation's award for excellence in corporate leadership and philanthropy. He serves on the National Board of Governors of the Boys & Girls Clubs of America, the board of directors of the JUST Capital Foundation, and on the advisory boards of the New York Global Leaders Dialogue and of Rutberg and Company. Dan is a member of the Business Council.

The 2014 American Customer Satisfaction Index recognized Sprint as the most improved U.S. company in overall customer satisfaction, across all 43 industries, over the previous six years. During Dan’s years at Sprint, the company was recognized 20 times by J.D. Power and Associates for excellence in customer service. For his last two full calendar years as CEO, Sprint’s Total Shareholder Return (assuming reinvested dividends) ranked #1 among all S&P 500 companies.

Visit www.danhesse.com for more of Dan’s views on business leadership.