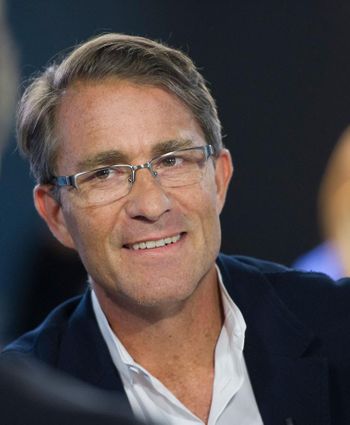 John Battelle is the Founder and CEO of NewCo Festivals, Inc, and Chair of sovrn Holdings, Inc. He is also a Board Director of Acxiom, Inc., a NYSE-listed public company, and a Director at Chute Inc. John maintains Searchblog, a regularly updated site, which covers the intersection of media, technology, and culture at http://battellemedia.com.

Best known for his work creating media properties, John founded Federated Media Publishing in 2005 and served as CEO and Executive Chairman until the company was acquired by LIN Media in early 2014. In addition to Federated Media Publishing, John was the Co-Founder, Executive Producer and Program Chair of the Web 2 Summit, the Chairman and CEO of Standard Media International (SMI), publisher of The Industry Standard and TheStandard.com, and Co-Founding Editor of Wired magazine and Wired Ventures.

John occupied the Bloomberg chair in Business Journalism for the Graduate School of Journalism at the University of California, Berkeley. He is an expert in the field of media and technology, and has appeared on national and international news channels including CBS, BBC, CNN, PBS, Discovery, Bloomberg TV and CNBC. John was a founding Board member of the Online Publishers Association and served on the board of the Interactive Advertising Bureau. He also was active for nine years on the Board of his childrens' school.

John’s honors and awards include: “Global Leader for Tomorrow” and “Young Global Leader” by the World Economic Forum in Davos, Switzerland; finalist rank in the “Entrepreneur of the Year” competition by Ernst & Young; “Innovator – One of Ten Best Marketers in the Business” by Advertising Age; THe Hal Riney Award, min's Digital of Fame, and was named one of the “Most Important People on The Web” by PC World. He holds a bachelor’s degree in anthropology and a master’s degree in Journalism from the University of California, Berkeley.

In 2005 John authored 'The Search: How Google and Its Rivals Rewrote the Rules of Business and Transformed Our Culture' (Penguin/Portfolio), an international bestseller published in more than 25 languages. His new book entitled ‘If/Then’ is due out in 2015.