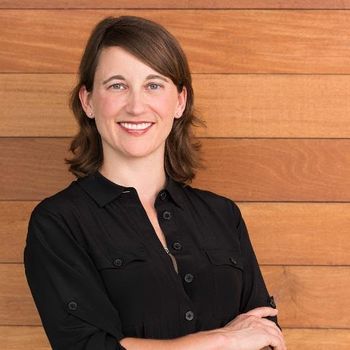 Suzi Sosa is the co-founder and CEO of Verb, a purpose-driven company using technology to advance social impact. Verb’s classic product is a platform that powers international social innovation competitions, such as the MetLife Foundation Inclusion Plus challenge, which has awarded more than US$900K in grant funding and engaged over 500 “fin-tech” social ventures from around the world. Other Verb-powered international social innovation competitions include the $10M George Barley Water Prize and the Clearly Vision Prize.

Prior to Verb, Ms. Sosa led the social entrepreneurship program at the University of Texas at Austin. In that role, she oversaw the Dell Social Innovation Challenge (DSIC), which became the largest student social entrepreneurship competition in the world, attracting more than 7,000 teams from 80 countries and engaging more than 3,000 Dell employees as mentors and judges.

Ms. Sosa has over fifteen years of experience in social entrepreneurship in both the for-profit and non-profit worlds. She is the recipient of the Ernst & Young Social Entrepreneur of the Year Award (2014) and is the co-founder of several non-profits, including the Austin chapter of Social Venture Partners. Ms. Sosa has a Masters in Public Administration in International Development (MPA/ID) from the John F. Kennedy School of Government at Harvard, and a B.A. in the Plan II Honors Program from the University of Texas at Austin.