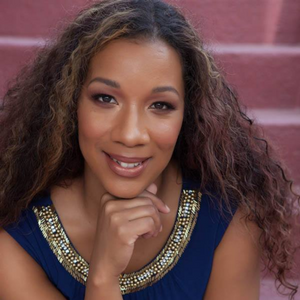 Lisa Mae is the founder of Wonder Women Tech, Hiring Humans, Mentor Magic Program, and the host of the Wonder Women Tech Show Podcast. She has launched Junior Innovation Camps for underserved kids, and created STEAM camps and workshops for the deaf and hard-of-hearing. She recently received the 2020 Heart-Centered Tech Award from California Senator Ben Allen. Lisa Mae was named “100 Powerful Women” in the 2019 Oct/Nov issue of Entrepreneur Magazine, included in the 2019 “Create & Cultivate 100” List, in partnership with Chevrolet; and was a Long Beach Post’s “40 Under 40” Winner in 2017. She also received an award from Congressman Alan Lowenthal for her work inspiring middle school students through STEAM career fairs.

As a Black, Latina and Indigineous female, Lisa Mae is passionate about Equity, Inclusion, Belonging and Humanity. She builds programs and initiatives working with Fortune 500 Companies, Government Entities, Universities, and Organizations, to address the challenges stemming from lack of inclusion, discrimination, systemic racism, gender parity and more.

Lisa Mae Brunson was appointed as Commissioner on the Commission for Technology and Innovation for the City of Long Beach, by Mayor Robert Garcia, in December 2016 and is currently serving her third two-year term. She is the founder of two hackathons–Hacks 4 Humanity, a hackathon for Social Good, and Wonder Women Hacks, a hackathon to address challenges facing women and girls. She also produced two #Fishackathon events, a global program launched by the United States Department of State, under the Obama Administration in 2015 and 2016.