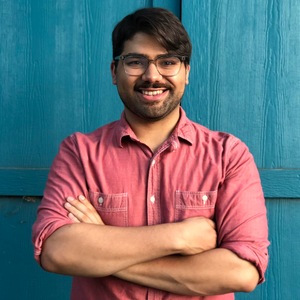 Roman Gonzalez is Founder and CEO of Gardenio, a new kind of garden club membership empowering the next generation of lifelong food growers. He’s on a mission to reconnect people to their food, their neighbors, and themselves.

He spent the first six years of his career in marketing and video production, including as Marketing Director for an Austin startup acquired by Salesforce. He was a community organizer for the 2012 Obama Presidential campaign in Ohio, and has spent the last seven years as a human centered product design leader and research for startups and enterprise companies alike. When he discovered the broken onboarding experience of growing food, Gardenio was born.

Gardenio has been recognized as one of the Naturally Austin Top CPG Brands in Texas, featured in Shondaland magazine, and been backed by figures like Jess Ewing, the founder of Literati, and Katie Jacobs Stanton, the former VP of Global Media at Twitter.

When not working in quarantine, Roman enjoys exploring gins, cheeses, and chocolates with his partner Alyssa, writing punk rock songs, boxing, and growing over 100 different edible plants in his garden.