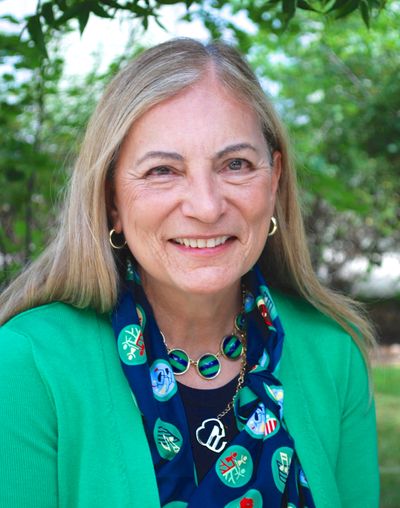 A Girl Scout alumna, Salinas is a role model to girls and women seeking to break through the glass ceiling. She was the first woman to command the Marine Corps Recruit Depot San Diego and the Western Recruiting Region, the first woman assigned as an Assistant Chief of Staff for plans and policy of a major combatant organization and the first woman assigned as a ground major’s combat service support monitor. Her personal decorations include the Navy Distinguished Service Medal; the Defense Superior Service Medal; the Legion of Merit with gold star; the Meritorious Service Medal with two gold stars; the Navy and Marine Corps Commendation Medal; the Army Commendation Medal and the Navy and Marine Corps Achievement Medal with two gold stars.

Salinas’ accolades extend past her military experience. She is a 2018 San Antonio Chamber of Commerce Tribute to Women Business Leaders Hope Award, 2018 San Antonio Business Journal Women’s Leadership Award, and 2018 American Latino Influencer Valor Award recipient. In 2016 she was inducted into the San Antonio Women’s Hall of Fame, Hispanic Women in Leadership Hall of Fame and received the TAMACC Woman of Distinction and Hope Hispanic Heritage award. She was named an inaugural Top Latino Leader by the National Diversity Council and was awarded the U.S. Hispanic Leadership Institute's Lifetime Achievement Award; the Hispanic Heritage of Texas Estrellas de Texas; Lifetime Achievement awards from Latina Style Magazine and North Star; the Congressional Hispanic Caucus Leadership Award; Women’s International Center’s Living Legacy Award; as well as being named one of 15 Phenomenal Women by Latina Magazine and one of six Power Latinas by Vivala.com.

Salinas serves on the Board of Directors for the San Antonio Chamber of Commerce, The First Tee of Greater San Antonio, Prospera Housing Community Services and the Young Marines National Board. She is a graduate of Masters Leadership Program San Antonio, a member of Excel Beyond the Bell and the Nonprofit Council and she serves on the San Antonio Airport System Development Committee. A native of Alice, Texas, she holds a Master of Arts from the Naval War College and a Bachelor’s degree from the Dominican College of San Rafael, California. She was awarded an Honorary Doctorate of Laws from Dominican University in 2015 and named a Distinguished Alumni in 2016.